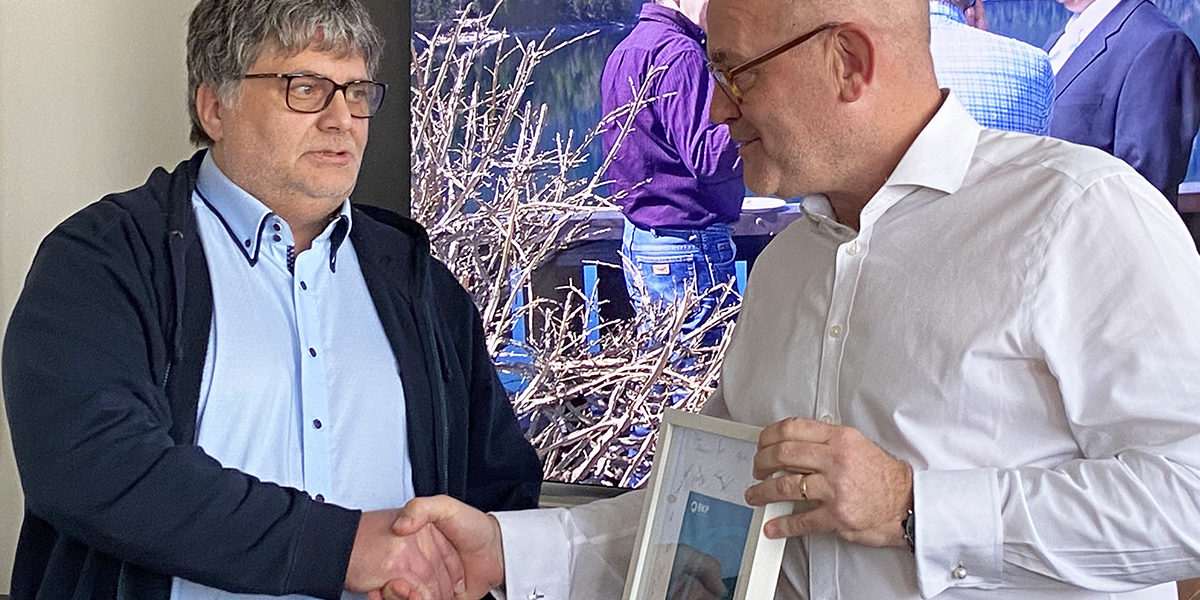 After almost 25 years, engineer Ralf Odenwald has left BKP Berolina Polyester GmbH & Co. KG. He began his career at the company in 1995. It was not long before he became an authorised legal representative, then the managing director, and finally, in 1998, partner.

Originally from Lower Franconia in Bavaria, he led the company into the new millennium, developing and establishing the Berolina-Liner System, which is still the industry standard today, as well as Berolina BKP’s GRP pipe coating. Delivery of the first Berolina-Liner to the Teerbau Rohrtechnik GmbH (now Arkil Inpipe GmbH) in 1997 represents just one of the milestones Mr Odenwald achieved.

Ralf Odenwald paved the way for the BEROLINA Group right up until BKP Berolina Polyester GmbH & Co. KG was established as an independent new company, where he was predominantly responsible for its growth. He was also responsible for the company’s move from Berlin-Staaken to Velten, where employees found a significant increase in capacity and improved production and working conditions.

He manoeuvred the company through difficult times, too, and was able to persuade first the Greiffenberger AG in 1999 and, most recently, T3 Holding GmbH in 2016 of BKP’s potential and to acquire shares in the company.

Everyone at BKP Berolina would like to thank Ralf Odenwald once again for all he has accomplished. He was dedicated to the company and will be remembered by everyone with whom he crossed paths.

We wish him all the best for the future and look forward to seeing him again on other occasions.

This website uses cookies to improve your experience while you navigate through the website. Out of these, the cookies that are categorized as necessary are stored on your browser as they are essential for the working of basic functionalities of the website. We also use third-party cookies that help us analyze and understand how you use this website. These cookies will be stored in your browser only with your consent. You also have the option to opt-out of these cookies. But opting out of some of these cookies may affect your browsing experience.
Necessary Siempre activado
Necessary cookies are absolutely essential for the website to function properly. This category only includes cookies that ensures basic functionalities and security features of the website. These cookies do not store any personal information.
Non-necessary
Any cookies that may not be particularly necessary for the website to function and is used specifically to collect user personal data via analytics, ads, other embedded contents are termed as non-necessary cookies. It is mandatory to procure user consent prior to running these cookies on your website.
GUARDAR Y ACEPTAR