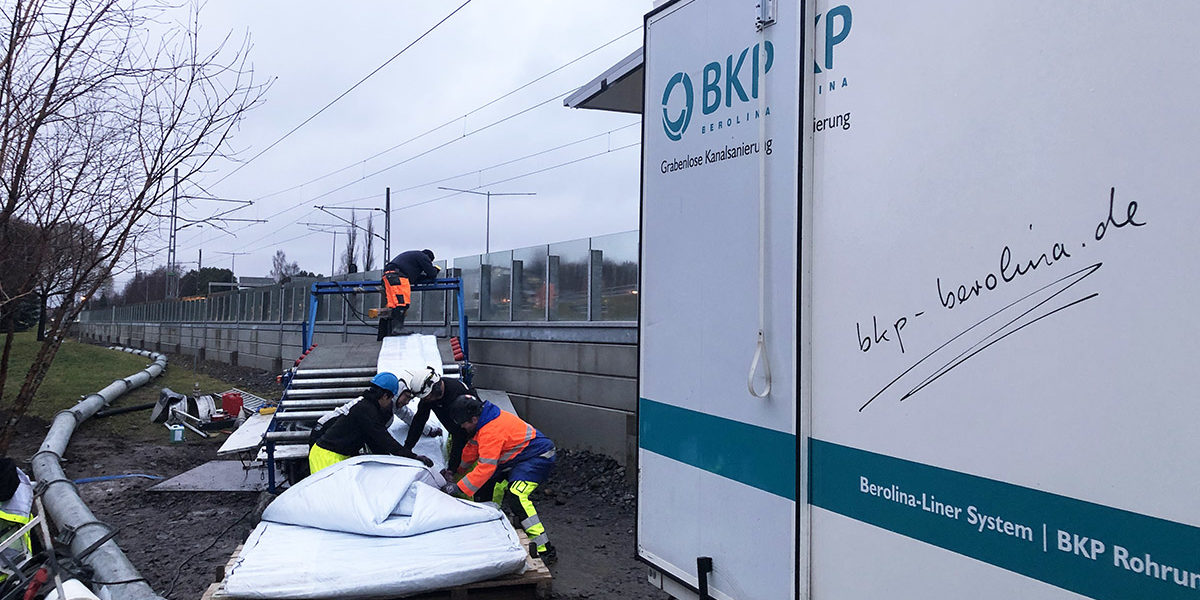 One of the busiest traffic routes in northern Sweden cannot simply be cordoned off and dug up when the sewers that run under a motorway and a railway line have to be rehabilitated. The traffic axis is too important for long-distance traffic and for supplying millions of people and a number of commercial enterprises in Northern Europe. Only with trenchless rehabilitation can such a project be implemented economically, effectively, in an environmentally friendly manner and without major and long-term impairment of the infrastructure. Börje Persson, BKP Berolina’s export sales manager supported the installation company „Swoosh Sverige AB“ , with BKP preparing and producing for installation five Berolina-HF-Liners of the sizes from DN 800 to DN 1200.

Trenchless rehabilitation as the primary method

Large leaks as well as large sewage and rainwater flows continued to affect the pipes built in the 1930’s, in the east of Umeå below the “Blå Vägen” expressway and the “Botniabanan” – a high-speed railway link. Rehabilitation of the sewers had become essential, so the owner „Vakin“ (Vatten- och Avfallskompetens i Norr AB, a municipality owned sewage company of Umeå, Nordmaling and Vindeln) decided on trenchless rehabilitation which they had previously set as the primary method.

After the project was awarded to “Swoosh Sverige AB”, BKP application engineer David Kijewski travelled to northern Sweden to get a comprehensive picture of the specifics of this particular project. Two months later work could begin with the help of two BKP technicians, a BKP rental truck and five UV light-curing liners.

Despite very difficult installation conditions, the team from Swoosh and BKP succeeded in installing one Berolina-HF-Liner DN 800, one DN 1000 and three more with DN 1200, within a very short time – the longest with a length of 61 meters and a total weight of around five tons. The advantage of using the Berolina-HF-Liner is the comparably high strength combined with a thin pipe wall. The glass fibre reinforced composite and its performance, thinner wall and smooth surface, will result in improved flow capacity and secured long-term structural strength.

Compared to open trench methods, requiring extensive excavation work or a pressing process, the installation took only a fraction of the time and the infrastructure was only slightly and briefly affected. In addition, around 50 tons of CO² emissions were avoided during the work.

Börje commented that BKP Berolina would like to thank Swoosh and Vakin for the trust they have placed in our system/product and the great cooperation. We look forward to new joint projects. A big thank you also goes to „Veidekke“ and all the other companies involved.

The “Blå Vägen” expressway leads from the Atlantic coast in Norway, through southern Lapland in Sweden and central Finland, to Petrozavodsk on Lake Onega in Russia.

The “Botniabanan” railway line, an important north-south connection along the Gulf of Bothnia, runs over 190 kilometers from Västeraspy to Umeå and has been in operation since 2010.

15. March 2021
Our latest news
All news categories
Do you have any questions according to this post? 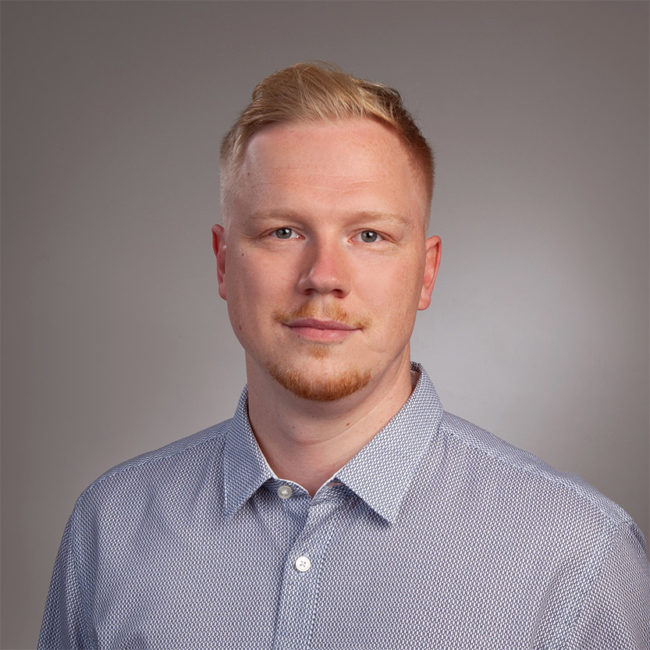